Iron Overload Can Be Fatal For Horses 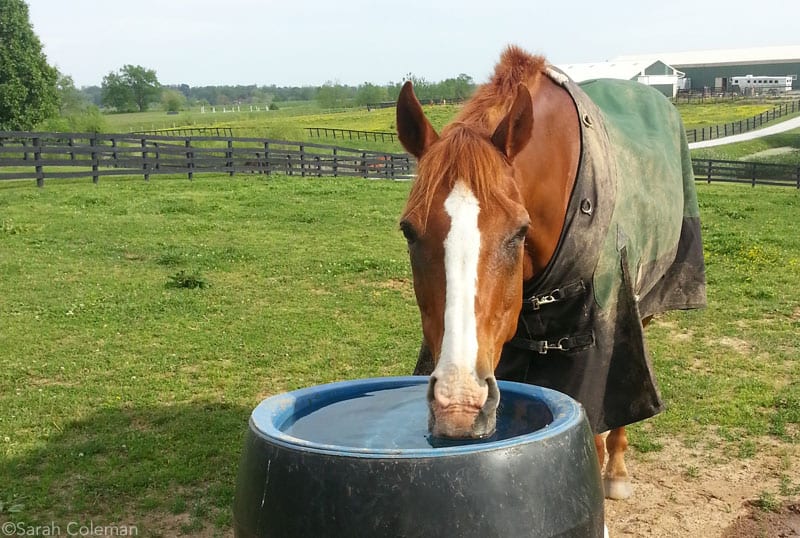 Iron is an integral part of the equine diet; it carries oxygen in the hemoglobin of red blood cells through the body so the cells can produce energy. Found in some supplements to encourage red blood cell production, an overload of iron can be detrimental as it builds up in the horse's body over time.

In the past, iron toxicity was thought to only occur in horses that had been receiving iron-containing supplements, reports The Horse. However, recent research published in the Equine Veterinary Journal has shown that horses exposed to high levels of iron in grass, hay or water over a prolonged period of time can accumulate iron in their livers, which leads to chronic iron overload.

Two unrelated horses on one farm in the Netherlands were diagnosed with liver dysfunction and hemochromatosis, which is a buildup of excess iron in the body. Researchers used these two horses, as well as 20 other equids (including a donkey) from eight farms, to test for iron toxicity. Each affected animal was dull and had a rough hair coat, weight loss and jaundice.

The researchers tested the water at each farm. Each had high levels of iron and was deemed unsafe drinking water for animals. The affected animals were treated with supportive therapy that included antibiotics, NSAIDs, opioids, vitamin E supplementation, electrolyte infusions, corticosteroids and omeprazole. Five animals were euthanized after being diagnosed with liver failures. Four other horses got worse and were euthanized 9 months to 4.4 years after being diagnosed with iron toxicity.

As of Jan. 1, 2018, 13 equines were still alive, but they had not improved significantly. The bloodwork of many of the horses still showed elevated iron levels up to five years later; the values in the blood did not differ much despite limiting iron intake.

Researchers recommend testing water and feed for iron levels, especially in areas that have high iron content in the soil. Avoiding long-term supplementation of iron is also recommended.

Read more about the study here.

Read more at The Horse.