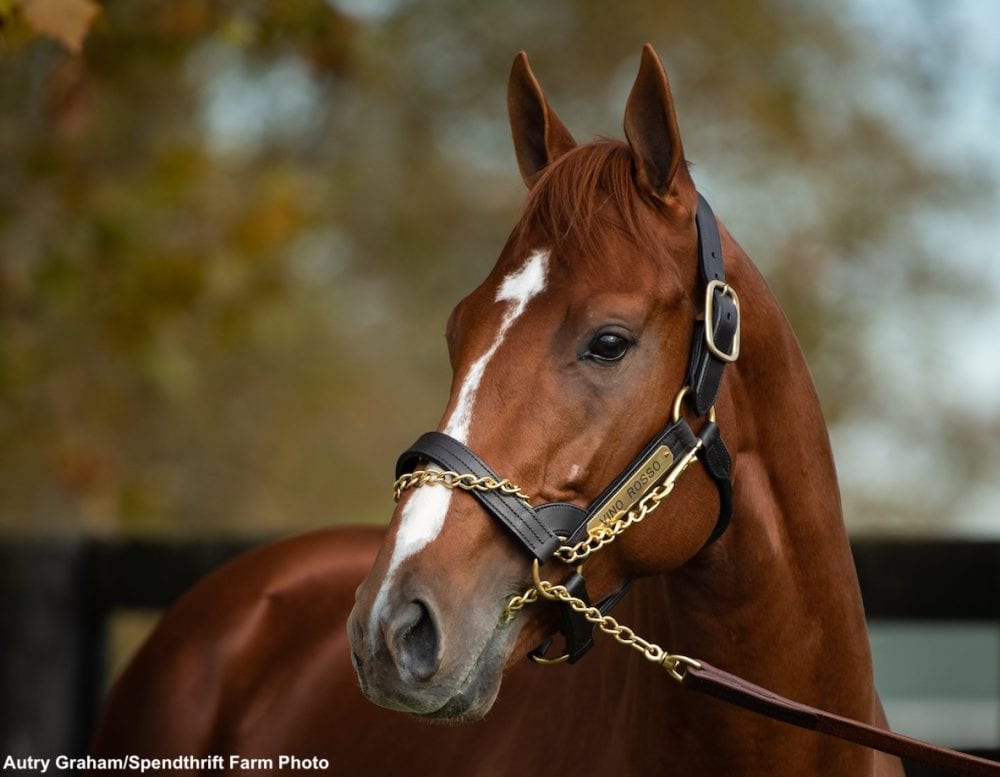 From the perspective of racing fans, the list of 3-year-olds and older horses coming back to race next year is excellent news. One reason for this is some of these young stars of the equine firmament need to prove themselves further on the racetrack to justify a premium stud fee. But in addition to this is the continuing squeeze on stallion operations to stand only the sire prospects that have the greatest commercial appeal. Otherwise, why would an owner or syndicate undertake the enterprise of making a stallion in the intensely competitive Kentucky sire market?

Although the two best older horses to race in 2019 – City of Light (Quality Road) and Bricks and Mortar (Giant's Causeway) – as well as the pro-tem champions Vino Rosso (Curlin) and Mitole (Eskendereya), are all out to stud, the ranks of this division should be nearly as full as the set of 3-year-olds soon to join them. The older horses to race again in 2020 are led by Whitney Stakes winner McKinzie (Street Sense), Santa Anita Handicap winner Gift Box (Tapit), Vanderbilt and Vosburgh winner Imperial Hint (Imperialism), Bing Crosby winner Cistron (The Factor), and Pacific Classic winner Higher Power (Medaglia d'Oro).

Not surprisingly, the new stallions entering stud for next year with a premium fee of $20,000 live foal or greater do not make a long list.

Chief among them is a pair of stallion prospects going to stud at Spendthrift Farm for owner B. Wayne Hughes. Two of the farm's five new prospects for 2020 are also the two most expensive new sires: two-time G1 winner and scratched Kentucky Derby favorite Omaha Beach (War Front) and the 2019 Breeders' Cup Classic winner Vino Rosso (Curlin).


Omaha Beach will enter stud at Spendthrift with the most expensive stud fee of the year. Spendthrift's general manager Ned Toffey said that “right now, Omaha Beach is set at $40,000 live foal, and that would go up to $45,000 if he wins another Grade 1, and up to $50,000 if he wins a second Grade 1” before entering stud.

In a departure from the standard handling of Spendthrift's new stallions, “both Omaha Beach and Vino Rosso will be wholly owned by Spendthrift,” Toffey said, “and they will stand for stud fees, with no breeding rights sold for either horse, along with their upper-tier companion Mitole” ($25,000).


Typically, Spendthrift stallions enter stud under the “Share the Upside” program created by billionaire Hughes, which allows breeders to acquire a lifetime breeding right in a stallion prospect by paying for a set number of seasons to the horse, usually two, when the foals stand and nurse. This also creates a pool of breeders who have a vested interest in sending good mares to the horse, as well as promoting and using the horse in the intervening years as breeders and stallion managers await results from the first crop on the racetrack.

The difference, Toffey said, “is that we've done a couple horses at about this price point and feel that this appeals more to people at this level. With Omaha Beach and Vino Rosso, and likewise Mitole, we felt like these horses were going to be so popular that selling the seasons straight up would be simplest.” In the future, Spendthrift would “determine on a horse-by-horse whether to go with Share the Upside.”

At the second-highest stud fee among entering stallion prospects for 2020, Spendthrift's Vino Rosso will be $30,000 live foal for the new breeding season. A winner of the Wood Memorial at 3, Vino Rosso has improved comprehensively through his 4-year-old season to win the G1 Gold Cup at Santa Anita earlier in the year, then led the competition home in the BC Classic, winning by 4 ¼ lengths in 2:02.80.

In addition to his major accomplishments on the racetrack, Vino Rosso is a good-looking son of two-time Horse of the Year Curlin (Smart Strike), who has elevated himself to the highest level in the American sire rankings. As a result, the imposing chestnut stands for a fee of $175,000 live foal at Hill 'n' Dale Farm for the 2020 season.

Curlin's rise to prominence has occurred through the stallion's establishment of himself as one of the country's eminent classic sires, and Curlin's breeding success has made his sons important prospects at stud. The first crop by Curlin's first star performer, Belmont Stakes and Metropolitan Handicap winner Palace Malice, have raced in 2019. To date, the stallion has 53 starters, 13 winners, and two stakes winners. Both stakes winners earned black type at 8 and 8.5 furlongs, with Structor, winner of the G1 Breeders' Cup Juvenile Turf, getting the mile at Santa Anita in 1:35.11. Most did not look like specialist 2-year-olds, and with Palace Malice's pedigree, by a Breeders' Cup Classic winner out of a mare by international G1 winner Royal Anthem, the likelihood is that their proper distances and best form lie ahead of them.

First-crop juveniles by Preakness and Haskell winner Exaggerator will be out next year, Cigar Mile winner Connect and Travers winner Keen Ice will have their first yearlings in 2020, and the champion juvenile colt, BC Juvenile and Haskell winner Good Magic, will have his first crop of foals arrive in the New Year. These young sires will establish a benchmark of commercial demand for sons of Curlin in the open market.

Vino Rosso is the next major son of Curlin to come to stud, and he has already proven a very popular prospect with breeders. The horse's first book is already filled “because the response to Vino Rosso has been really, really good,” Toffey said. “His book is going to be in the neighborhood of 200 mares, and he's nearly done” [book full] for 2020.

The third Spendthrift stallion at the upper tier of the price ladder in 2020 is BC Sprint winner Mitole at $25,000 live foal. A winner in six of seven starts in 2019 for earnings of $2.7 million, Mitole earned headlines with victories in four G1 stakes, the Churchill Downs on Derby Day, then the Met Mile, the Forego, and the BC Sprint. “But for brushing the gate at Saratoga [in the Vanderbilt, when the bay finished third], we might be looking at Horse of the Year,” Toffey said.

For speed and competitiveness, few would disagree. The horse's final two starts – winning the G1 Forego at Saratoga by 3 lengths in 1:20.90 and the Sprint at Santa Anita by 1 ¼ lengths in 1:09 – showed the level of speed and determination the animal possessed, as well as the ability to reproduce his form coast to coast.

In addition to Mitole, Spendthrift also stands the 2017 winner of the Metropolitan Handicap, Mor Spirit. The powerful dark bay also won the G1 Los Alamitos Futurity at 2 and, like Mitole, is a son of Eskendereya (Giant's Causeway). They are the only two sons of their sire in Kentucky, and Toffey said, “When they are really good-looking and really fast, they deserve a shot. Mitole carried his form all year, danced all the dances, and looks like a champion here at the end of the season. So who wouldn't want another one of those?

“And here at Spendthrift, we're all about diversity.”

Next week: Audible and Catholic Boy